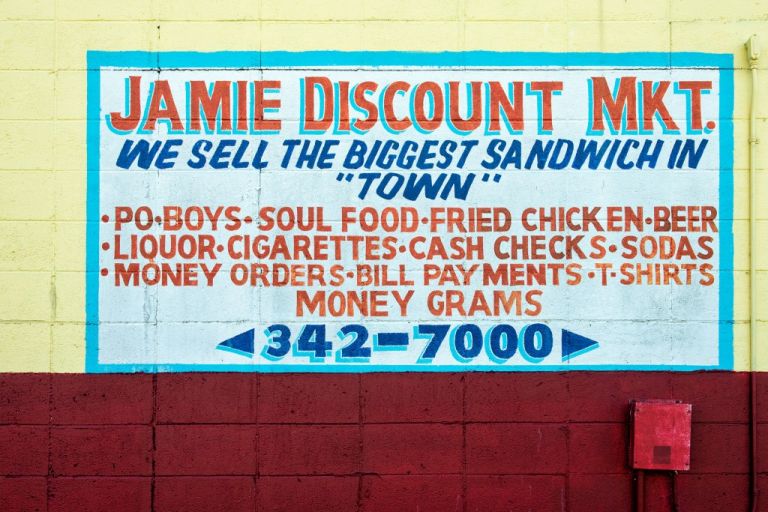 Jefferson Parish, City of Westwego, just south of New Orleans. This place was being demolished, but the sign on the back of the building was still there. I ponder why “Town” and only “Town” is in quotes. Probably no deep meaning. Either way, it saddens me. Lots of things went down here, from the mundane to the deep. Conversations were had, jokes were exchanged, moments were stolen, bread was bought. This went on for at least a couple of generations, if not more. Then, one day, they closed down, and a few people were probably put out. It’s been a while now, from the look of it, but nothing has gone up in its place yet. Yellow construction tape blocks off the parking lot. Life goes on.