Remnants of a once-proud strip, between 13th and 14th Streets on 8th Avenue.

I used to go by the Lumber Store here every other day, on my way home from work, and collect scraps –  really nice clear pine pieces and oak trim – and then bring them home and keep them for small projects. This was in the 80’s and I was married and there were other problems with life at the time. Eventually, a lot of wood piled up and my wife – long since my ex-wife – would scream “ENOUGH WOOD…NO MORE WOOD.”

It was a family operation and there was always drama at the Lumber Store. The saw guy was named Lenny and he, unlike many saw guys, had somehow retained all of his fingers. I could go on, but I’ll save it for another day.

This pizza place and deli, though, remain, unlike many of the other small businesses in the far west of Greenwich Village, which has long since given up the ghost to the super rich, who don’t seem to need delicatessens, and tourists, who don’t seem to need anything but high-end fashion stores. The only concession to real residents has been the incredible increase in super discount drugstores and small bank branches which, I am convinced, are a massive, international money-laundering scheme.

I love you all. 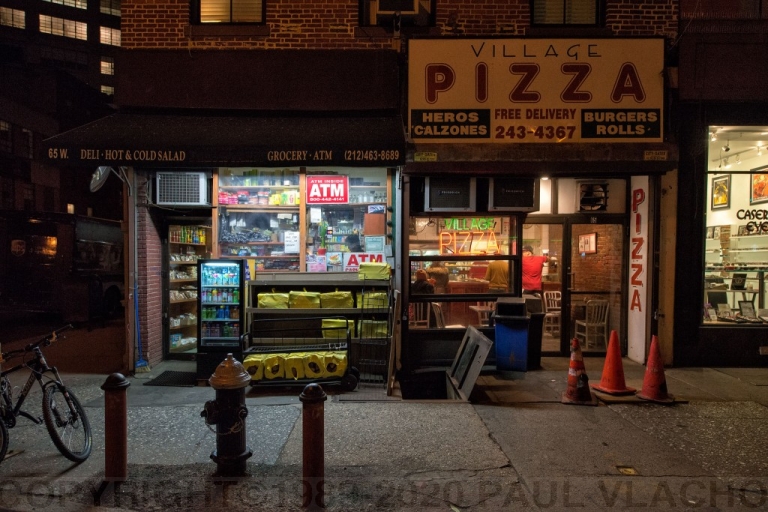