Another deli, another day. I once had a dream of shooting as many bodegas and delis at night as I could. At the time, it seemed pretty daunting but, as technology progressed, my knowledge increased, and age caused me to care less and less what people would think of some freak pointing a camera at a deli in the middle of the night, I have made some progress. Not only is the end not in sight, but I have barely begun. That’s what makes it fun.

Bed-Stuy, abbreviated long before such neighborhood contractions became popular. Did I mention the most heinous I have heard so far? Have I already mentioned “SoBro?” short for the South Bronx? 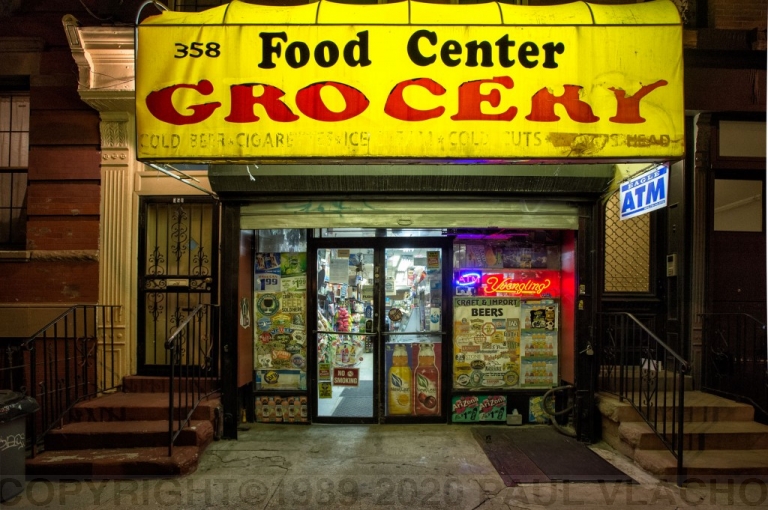