This photo has nothing to do with the idea of pre or postlapsarianism, but my mind was on those two words, those two states, actually, tonight. Then, when I was looking through some photos, I saw this – something with a religious bent that also had a touch of the mundane in it – and I figured it was as good a post as any in which to mention my musings on the fall. Should I have said “The Fall?”

I have either a cold tonight or my first allergy attack in over 30 years. It’s hard to tell which one. Either way, I don’t like it. It takes so little to throw off my equilibrium. I can handle clusterfucks and shit shows, mind you, but give me a runny nose and tearing eyes and I get real pissy, real fast. Anyway, I saw a photo on Facebook of someone from a long time ago. It was probably not from an innocent time in this person’s life, but it was from a long way up the ladder before the ultimate fall. In fact, you could look at this photo, then imagine the years of ugliness ahead and just shudder. 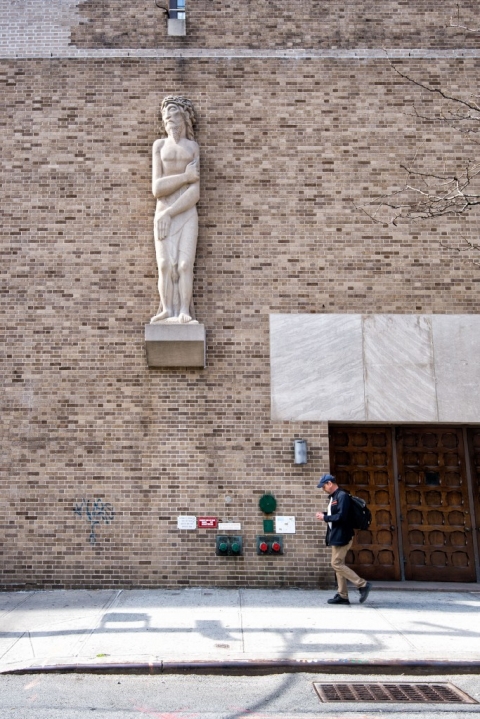