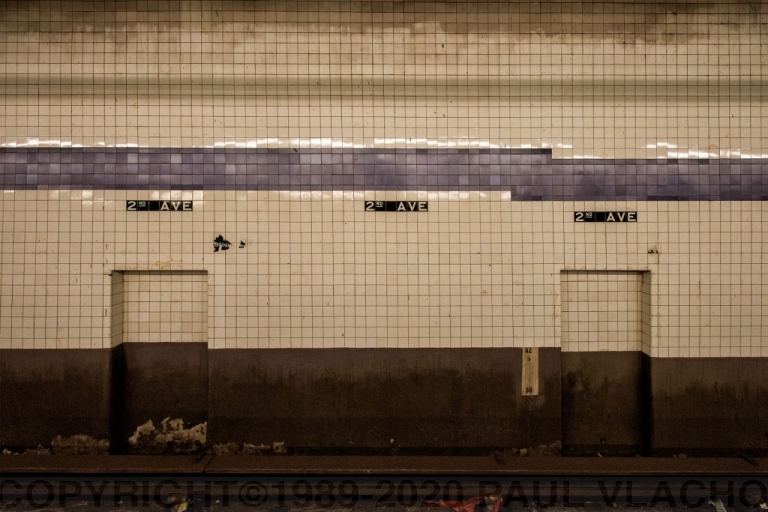 If we’re lucky in this life, we may get to circle back around, years later, and possibly find out whether or not we had unfinished business. If we’re even luckier, we may get to finish it. Or not. Maybe we’d be luckier to just be able to leave everything in the past and always just be in the moment, the only thing we really have. But, if the moment is all we really have, how else can we present snapshots – verbal, visual and aural – to others, to the future? Perhaps the ultimate luxury of art is having an excuse to indulge in nostalgia, to write it off as a necessary expense in the creation of something.

Anyway, back in the early 80’s, as I was quickly spiraling down into a very dark vortex that might have ended with that decade, I had an Olympus OM1 and a 50mm lens and I was starting to shoot subway tile work. Not sure why except, perhaps, because I liked the way it looked. I had shot a roll or two and was well into my second or third roll when the exigencies of life – or living death at that time – required that I pawn the camera, which I did,  along with the roll of exposed film in it. Some things, at that time, I would pull out of pawn. Most were left to fly out into the void. Such was the case with this camera.

Years later, I found myself again wandering the subways with a camera, only now I had a bit more experience under my belt, a slightly more curious eye, perhaps just an older eye, more time and less stress. So, the tiles keep getting exposed and I continue to have fun. Or is it a dialogue I am having with the tiles? That’s a bit of a stretch, I know, but it sometimes feels as though there’s something going on with me and whatever inanimate object is in front of my lens. Anyway, I’m at the Bluestocking Bookstore at this moment, the guy at the next table is talking on his phone, and I need to go find a muffin. This shot is from yesterday, by the way, and I’m close to releasing a beta version of this blog into the world.