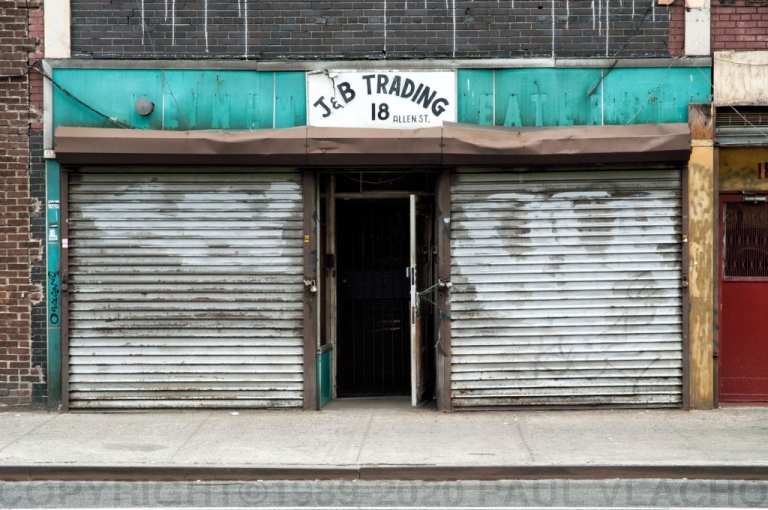 This was the last run-down incarnation before the current run-down incarnation. What comes next is anybody’s guess, but I would not rule out a frozen yogurt joint or a store that sells golfing supplies. You can see the remnants of the previous incarnation if you look hard enough and squint. At first, I thought it said “[?]einem Eatery,” but I now see, after more examination, that it says “[?]einem Sweaters.” Does it mean anything? No, not really. I liked the idea of an “eatery” at this location in the 50’s and 60’s, judging from the typeface of the missing sign. At the same time, “Sweaters” has its own poignancy.